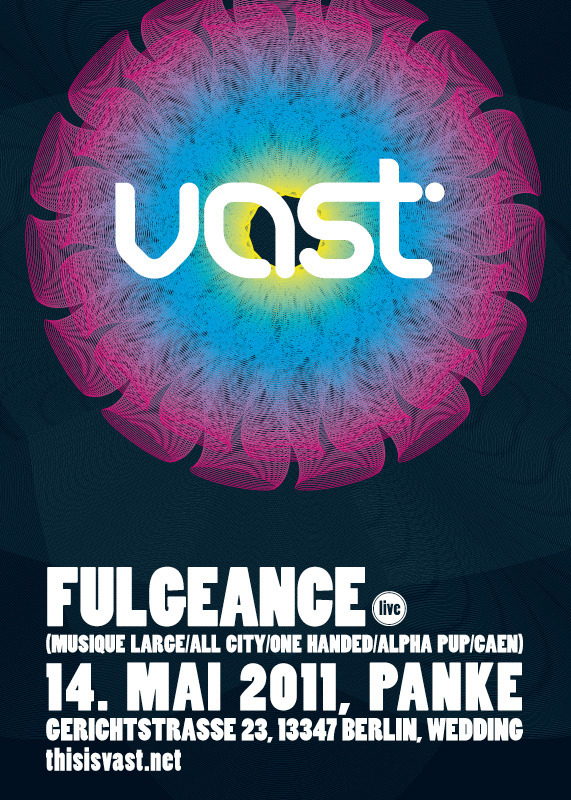 vast opens the next heavyweight Beatmaker-round and presents Caen based and Musique Large’s very own Frenchman Fulgeance. Whether as Fulgeance himself, Peter Digital Orchestra or Souleance, you can’t imagine the so called wonky-scene without his very own vision of funky club-future-beats. His productions like „Low Club“ or „Smartbangin“ already describe very well what to expect. The eased as well as impulsive fusion between electronic injected Detroit-Rap-Beats, experimental synthesizer sound and classic soul-funk-disco attitudes making your brain, legs and arms communicate in a wild way. The whole thing will be fragmented in the notorious way and recomposed via two MPCs.

Between Los Angeles and Tokio he has travelled the whole world to show his musical potential with dynamic and impressive Live-Sets. On prestigous labels like Rush Hour, All City Dublin or One Handed Music his productions were in no way inferior than Hudson Mohawke, Dimlite, Bullion, Paul White or Mike Slott ones and also brought him to the playlists of Gilles Peterson and Mary Anne Hobbs.