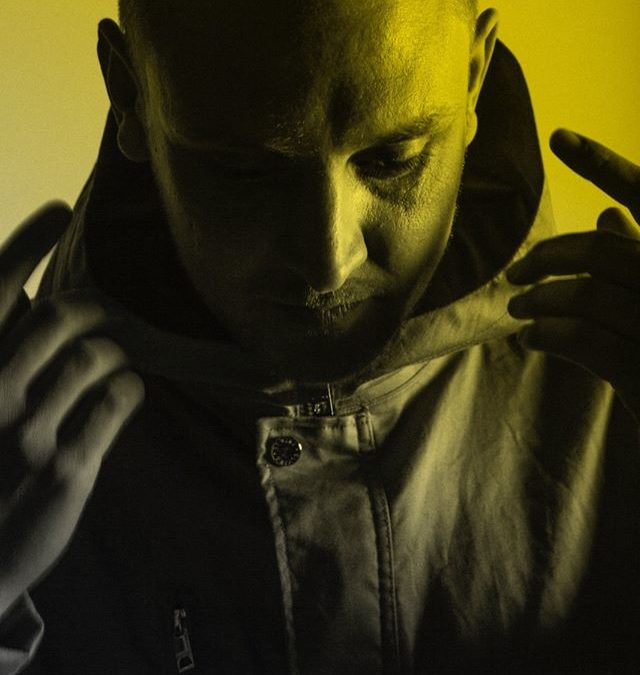 Dear AUGB-members,
We would like to invite you to meet the London based producer Second Storey, a.k.a. Alec Storey, who will give us an exclusive insight view of his impressive work that could be described as vibrant rave and funky ambient electro. He’s known for using the latest in-the-box technology and techniques to produce his own tunes as well as developing some interesting techniques and approaches to music creation using Ableton Live and Push.

Please check his bio:
Depending on how your mind is fixed, you may process Second Storey’s unique brand of electronic music as a physical, energetic kind of rave music, or you could find yourself postulating on the dense intricacies that his sonic life-forms contain. Such is the dualistic nature of the London based producer. Second Storey, the life’s work of Alec Storey, was born out of the vibrant free-party scene of Norfolk (also the launch pad for the infamous Bloc Weekender), and those roots in bass-heavy techno reverberate throughout his tracks, but this isn’t simple soundsystem fodder. If there was one defining quality to Al’s craft, it would be funk; the kind of crazed, psychedelic, booty-shaking gospel as laid down by Parliament in the ‘70s. The same sound that re-manifested itself throughout the decades as the electro backbone of early hiphop in the ‘80s, the aquatic machinations of Drexciya in the ‘90s, and even on to the omni-limbed freakouts of Autechre et al. Al represents the next logical distillation of these principles, speaking his own dialect of hip-wiggling astral transcendence parallel with the contemporary bass music landscape in the dubstep aftermath, but never quite adhering to it.

His earliest outings on wax came via Sir Real’s [k]rack-troni[k] label before moving on to releases on Apple Pips, Sneaker Social Club, Aus Music and Schmorgasbord under the name Al Tourettes. Throughout these years Al started studio-sparring with Laurie Osborne, better known as Appleblim, the pair of them commissioned to remix artists such as Planetary Assault Systems, Axel Boman, Underworld and Raudive as well as developing their own material. Eventually, this creative collaboration manifested in the ALSO project, a swirling, psychedelic surge of futuristic electro-techno funk that debuted as a live concern at Space in Ibiza before following on to many key gigs in various parts of Europe. As a result of the studio work Al and Laurie prepared for these live performances, there was a mountain of material ready for release which wound up as the full-length ALSO album on the legendary Belgian rave label R&S.

Meanwhile, Alec’s solo work was also undergoing major developments, not least in receiving a commission for the soundtrack to Oscar-winning psycho-drama Black Swan. In launching the Second Storey alias, Al signed to Houndstooth and unleashed his debut album Double Divide, the definitive twin-pronged statement of his utterly cerebral body music. Meanwhile his drumming roots, so evident in his all of his live appearances, were called to action when Will Saul launched his Close project. This has led to further percussive duties for artists as diverse as Ali Love and Hercules & Love Affair, but his instinct to communicate through the cosmic power of electronics reaches beyond his own music. As a DJ Al has always drawn on his bedrock tastes of electro and techno, filtered through that funk fundamental and spanning all the freakiest flavours of party music from house and minimal through to jungle, electronica and whatever other modern mutations speak to his finely honed tastes.

The musical make-up of Second Storey, his collaborations with Appleblim, and the numerous projects fore and aft, continue to feed into a thrillingly singular body of work. Much like the energy that crackles around the man-machine when in a fit of drum pad bashing on stage, the alien transmissions that beam out of him are an irrepressible beast, boasting the kilojoules to land in all sorts of unpredictable places.

We look forward to seeing you,
Maya & Brian