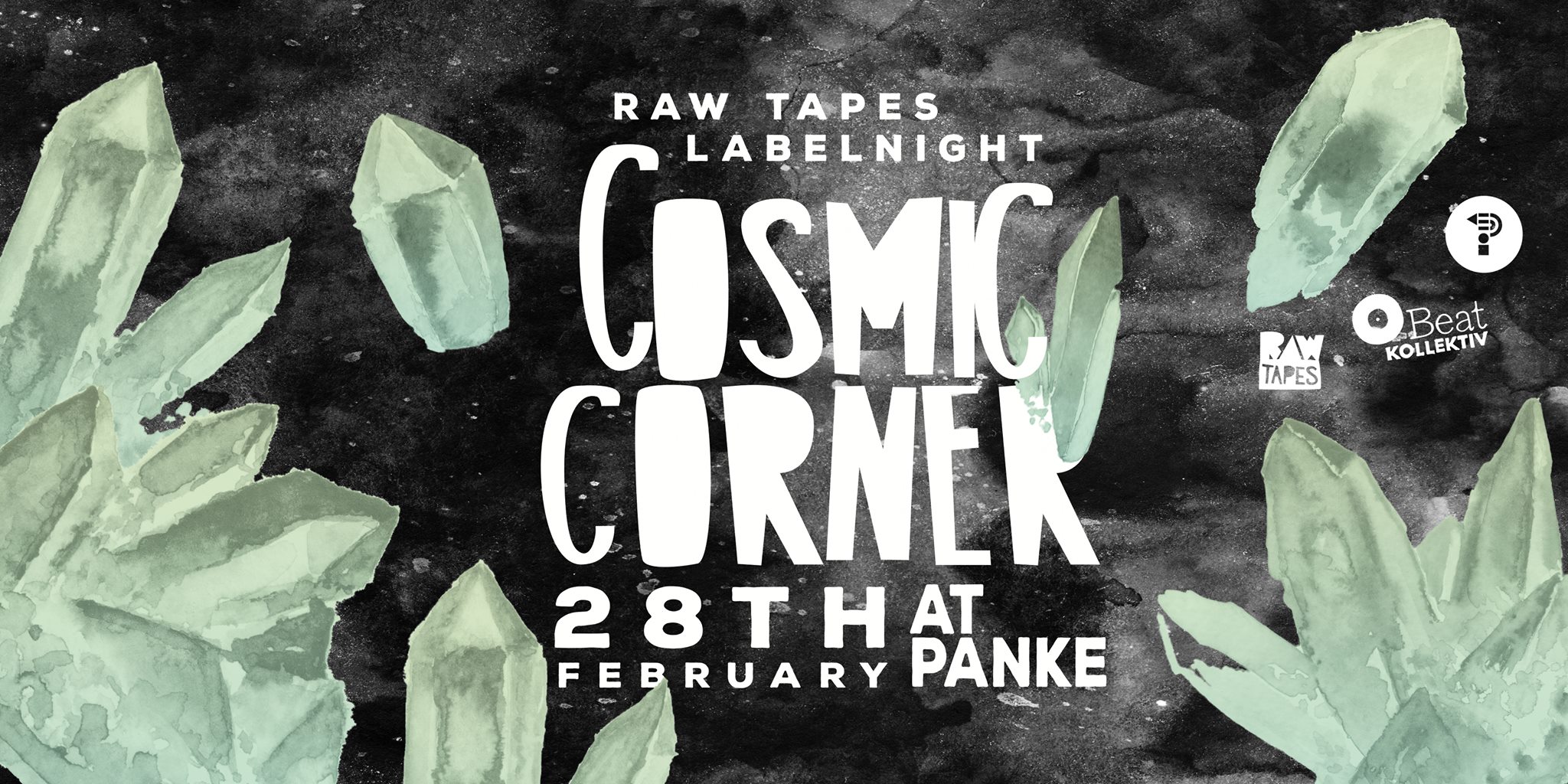 Hello family!
We continue to move along the axis of the year – with February’s lineup looking ridiculous as usual.

This time at the Cosmic Corner –

Rejoicer – Aka the dove – in a live set featuring his latest EP’s material. Rejoicer is a prolific producer and the raw tapes family head honcho, so expect a serious beat down.

DJ Scientist – Over the past few years, DJ Scientist has become an important figure in the German Hip-Hop and Electronic scene. Running the international label Equinox Records and publishing a magazine (DEAD Magazine), he still takes his time to dj at clubs, release mixes, expand his record collection and, last but not least, produce music.

Marian Tone –
Marian Tone is a music producer from Berlin. He always has been influenced by the sound of Hip Hop, Jazz, Soul, World music and many other styles.
He was first connected to music when he was 7 through his weekly keyboard lessons. At 12, he started to scratch his first vinyls with his brother’s turntables and didn’t stop since then.

Raw Tapes is a spaceship
http://rawtapesrecords.com/