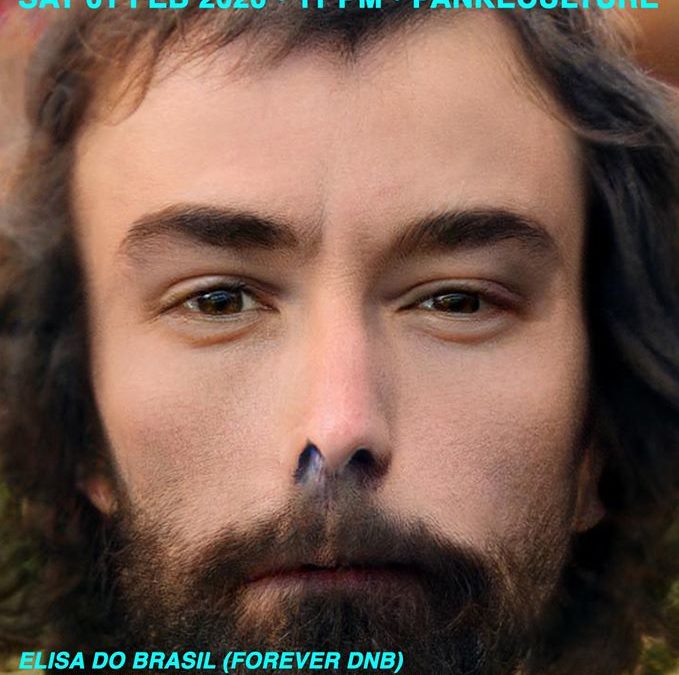 METACUTS seeks to promote a dialogue between the different generations, inviting local and international artists to its stage. When D&B and jungle meet urban bass and dub culture with a focus on the connection between digital and network-based arts and on those, that work with sound and poetry. All associated with club culture. We promise a night of visual artists, creating the subject of the night themselves and bringing back the 90s community on stage again. We’d like to recreate the atmosphere from back in the days and give a new life to a community 90s kids of today.

Elisa Do Brasil –> Born under Brasilia’s burning sun, ELISA DO BRASIL’s fury and visceral talent give her wings for over 10 years (2000-2010), and brings her to participate to some of France’s and Europe’s most important festivals (Outlook, Dour, Fusion, Garorock, Solidays, Astropolis…). She returns in 2013 to launch a new residency at Rex Club with her parties « Forever DNB », where she regularly invites Drum & Bass legends (Andy C, Randall, DJ Marky, DJ Storm, MC GQ) but also some of the scene’s younger talents (Skeptical, Kings Of The Rollers), proud of a new musical identity, closer to her first influences and to the sound-system culture that mean so much to her. 2019 marks the beginning of her «Twenty Tour» celebrating 20 years of Elisa Do Brasil and 25 years as an activist behind the decks.

Dr Anounaki –> Producer, liver and dj the doctor brings you vibes from another planet This sound surgeon cuts and grafts sounds as his instinct dictates by mixing them for the pleasure of the public

Clara –> Berlin based Swiss born artist, Version label and Hard Wax staff member, Clara has been experimenting with sound’s materiality through bass, rhythmic noise and related sonic forms while focusing on their impact on the dance floor. Currently studying at the Berlin University of the Arts (UdK) for the Sound Studies and Sonic Arts master’s program, she aims to take her artistic explorations to multichannel, 3D and immersive audio through object-based techniques for loudspeaker reproduction.

Bleed –> Part of the legendary exponence and Radio Massive Crew – who were among the first to bring the sounds of Jungle music to Berlin in the early to mid-90’s, brought their regular broadcast “Radio Massive” on kiss.fm. Bleed will be spinning some classics and rare gems from their extensive collections! Bleed also known cause of his great work at De:Bug the Magazin legendary magazin for music and technology.

MC Do –> It’s all about fun. “Lyrically and technically the best MC in the galaxy”. Hosting rainbow Bass which means all colors of Bass Music. Also part of Asian Trouble and the Wung Seng Gang (—_—)

VJ Rolux Fox–> ROLUX-FOX is a DJ, and occasionally VJ, from Berlin. He is a member of The Recycling Plastic Inevitable and has recently discovered Neural Networks as an artistic tool for audio and video production.

We are looking very much forward to meet with all of you and start this event Series in Berlin Wedding. lets all get to 02.02.2020. See you on the dance floor!!