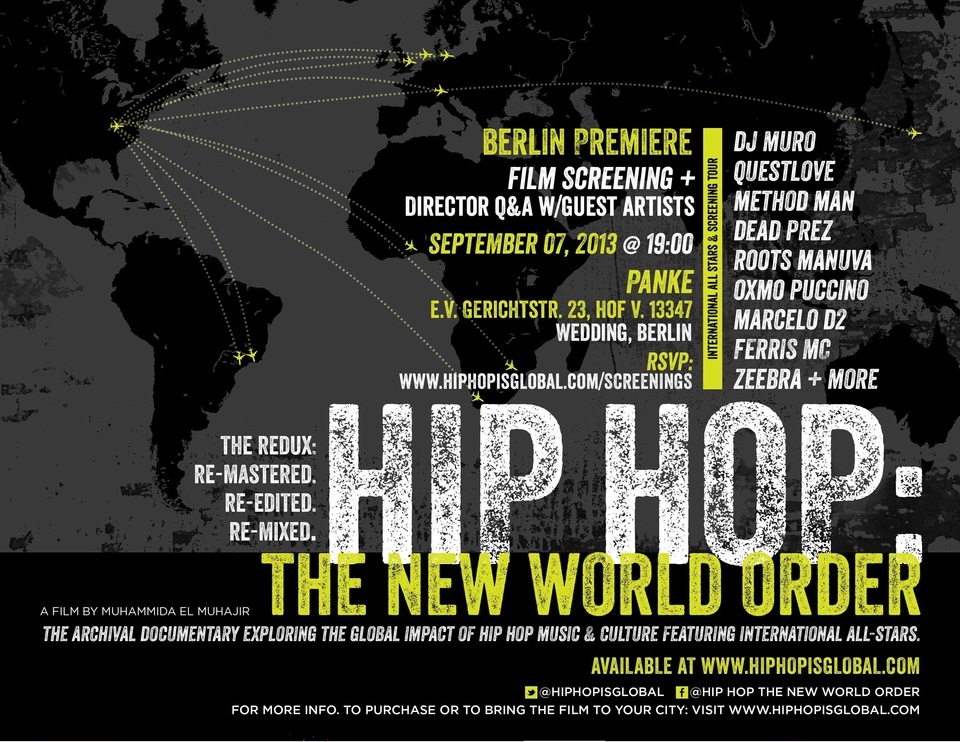 The event takes place on the  7th of September starting at  7:30PM. The documentary, Hip Hop: The New World Order affirms Hip Hop culture as a powerful vehicle for self-expression by youth around the world, empowering them in the areas of education, economics, politics, entertainment, and new media.

The first documentary produced on global hip hop, Hip Hop: The New World Order has mushroomed into a rare archive and video survey of pioneering artists and communities around the Hip Hop world during the turn of the 21st century.