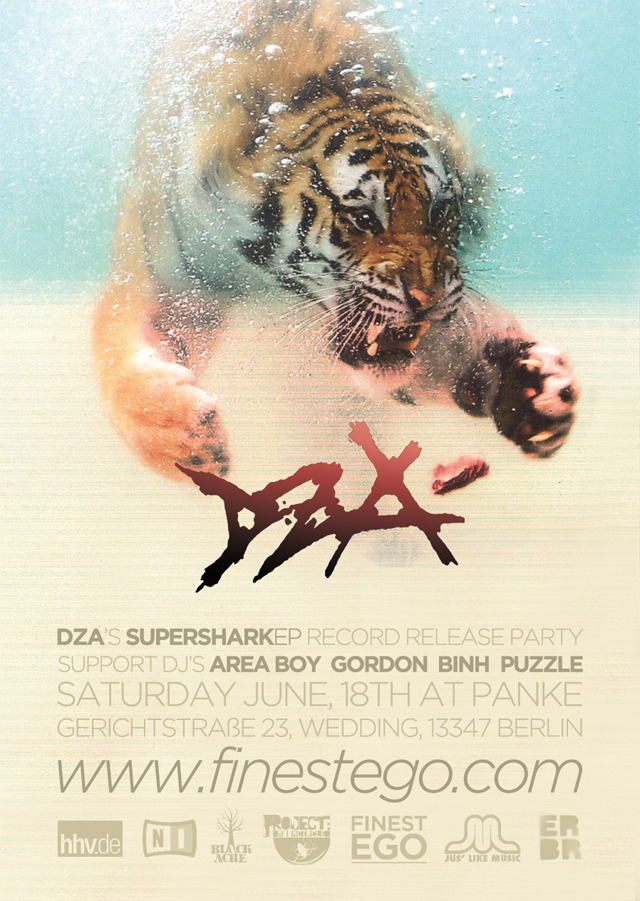 Sasha Kholenko is DZA, a Russian beat-maker and producer at the forefront of the scene in Russia and quickly invading the rest of the world with his unique electronic hip-hop creations. At the beginning of 2010, Jus Like Music made contact with DZA and then met with him at the Red Bull Music Academy in London where he was a participant. DZA submitted his track, Shifty, to the Oscillations compilation released last year by Jus Like Music Records. Since then, DZA has gone on to create releases for Error Broadcast andBlack Acre Records, but now he is back with his Supershark EP.

A joint release between Jus Like Music Records and Project Mooncircle, theSupershark EP, is a hectic array of electronic mayhem with synths, bleeps and heavy beats. This release stands apart from the crowd with its exceptional layering of anarchic sounds over strong, unwavering, hip-hop-influenced beats and breaks. DZA’s ability to weave electronic sounds to create atmosphere and feeling is nothing short of astounding. 16 minutes of pure inspiration that will make even the most seasoned heads look up and take note.