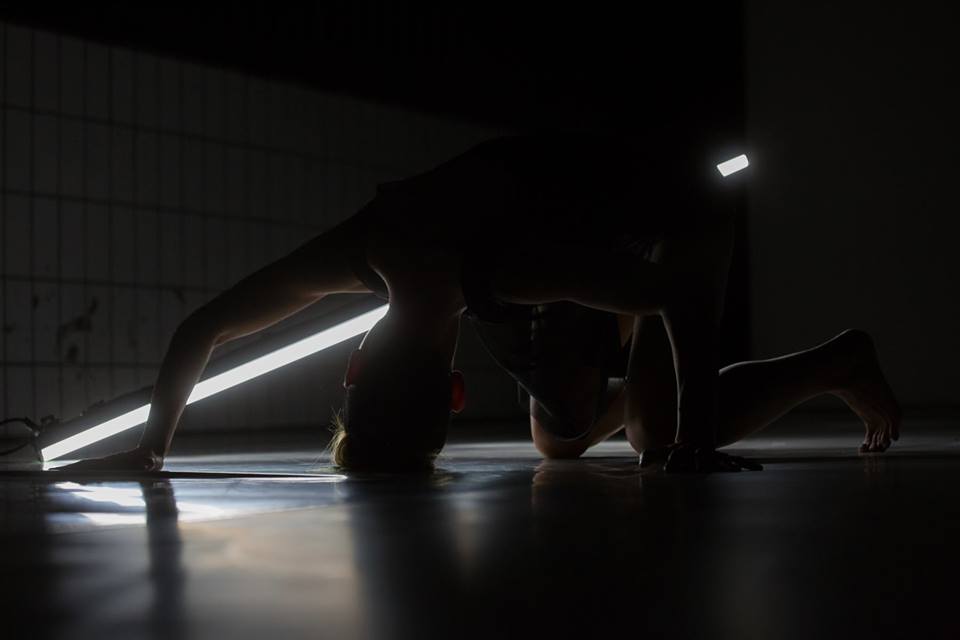 Dear AUGB-members,
we will have an exciting talk with the sound artist, composer and live performer akkamiau about manipulating sound in a granular synth/sampler, spatial distribution of the sounds, creative composing with an example of her work:

Akkamiau will present her quadraphonic soundtrack for the audiovisual performance Kummerang Gloomerang / Bewegung Lichter Klang, created by StratoFyzika, an audiovisual movement collective based in Berlin, performed at the festival Drei D poesie at Ufer Studios Berlin in April 2018.

StratoFyzika reinterpreted a poem Kummerang by Dagmara Kraus, as an attempt to trace how the poem itself can extend as a presence represented in the body, in space, through light and sound. In AUGB presentation we focus on audio strata, Akkamiau will describe concept of manipulating recording of the poem in a granular synth/sampler plugin Mangle, creative process of building up the composition and spatial distribution of the sounds + update on live performance (a remix of the soundtrack will be presented at event 20 years of female:pressure / November 9th at Mensch Meier)