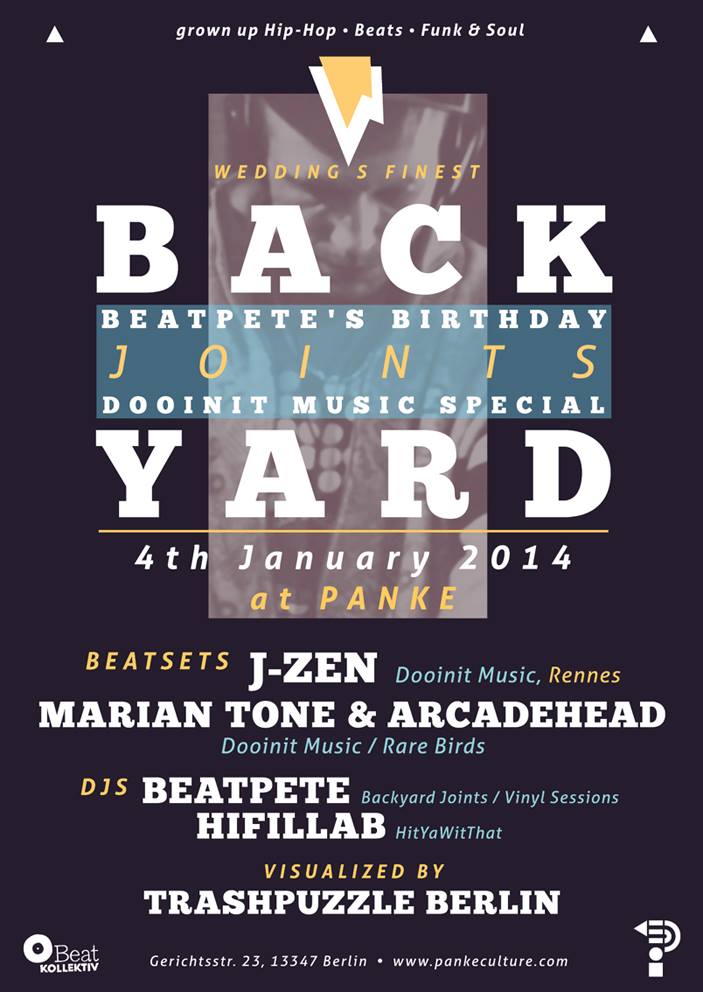 Dedicated to the dopest Joints in Grown Up Hip Hop, Beats, Funk & Soul. Creating a Sounscape that makes your head nod and your feet itch. Backyard Joints is inviting you to a night filled with auditory treats and visual feasts.

Once again, it’s time to celebrate, BeatPete is turning 31!

J-Zen is a French producer who has been fascinated by the world of soul, jazz, funk, and world music since his record-collector father offered him his first LP at the age of seven. From then on, he developed an insatiable appetite for music — any kind of music — and transformed that inspiration into his own genre-defying brand of songcraft. This eclecticism can be easily heard in the young producers compositions. At the age of 12, he learned to play bass guitar before discovering Rza, DJ Premier and Jay Dee. These artists proved to be a revelation.

His originals mixes and musical knowledge allowed him the honor to open for some of the greatest in the game:
Jazzy Jeff, DJ Premier, and Pharoahe Monch to name a few. In 2004 he got a Mpc200xl and decided to create his own vision of Hip Hop: a mix of samples (soul, jazz, rock), fat beats, and heavy basslines.