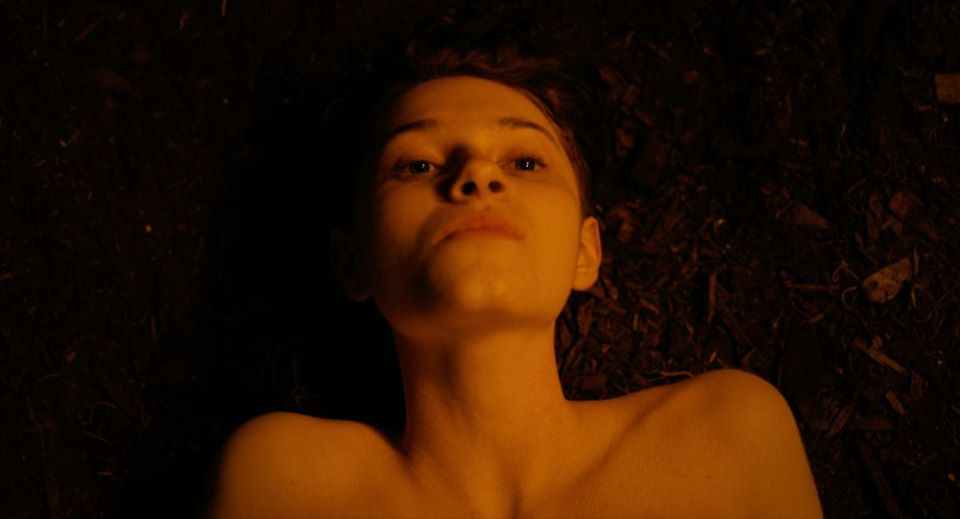 A queer person tries to shed their skin, a first date takes a turn for the weird, and a couple struggles to survive in a dystopian world in our queer horror shorts. From wildly moving and resonant to trashy and sassy, there’s a lot to chew on in this block.

Skin (22:56)
Directed by Audrey Rosenberg, USA, 2019
A queer teenager struggling with the onset of puberty escapes reality for a chance at a new, better-fitting identity.

Tea Parties for Babies (10:50)
Directed by Teja LoBreglio, USA, 2019, International Premiere
Emily bumps into a popular girl from high school on a spring day in the park, which turns into a sexy and dangerous night in the city.

LABRYS (7:15)
Directed by BJ Colangelo, USA, 2019, European Premiere
A young woman on her first date with another woman is forced to come to terms with who…and what she has always been.

Blood Orange (10:10)
Directed by Aliya Haq, USA, 2018, German Premiere
Something’s not right about Angela. A sudden change in her behavior since the start of a new job at the hip local juice bar has her best friend, Em, deeply concerned. As Angela struggles to see beyond her own reflection, she is blind to the secret horrors of who she’s working for.

Love Letter (4:23)
Directed by Zeddy Chevron, Canada, 2019, World Premiere
A strange and surreal visual journey through the mind of a woman obsessed with stealing the Adam’s apples of the men she desires and ultimately becoming them.

Lone Wolf (7:00)
Directed by January Jones, Australia, 2019, European Premiere
Determined to fit in at a sleepover, 15-year-old Sam ignores cruel taunts from Blair and her growing feelings Willow, but she can’t ignore the strange things happening to her body.